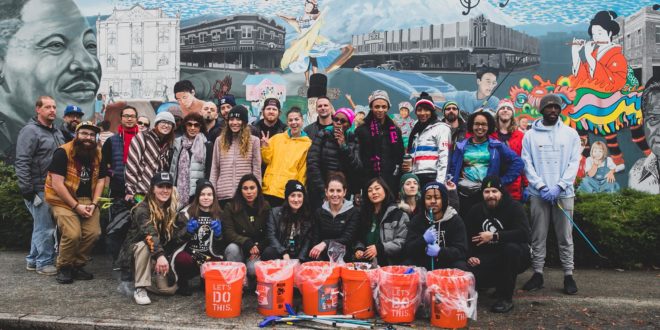 Getting to Know Colored Cannabis Collective

BlazingWashington first met the Colored Cannabis Collective at the A Touch of Green event in the International District. This short introductory interview with co-founder Ahnya was published in the launch edition of the in-store newspaper The Blazing Times. BlazingWashington is looking forward to covering more events and progress with CCC on both our site and The Blazing Times in the near future.

When did the Colored Cannabis Collective form and what was the inspiration to launch the organization?

CCC was founded September 20th, 2018 by myself (Ahnya Smith) and Dominique Dabs.  We had a smoke out at Cal Anderson over that summer and being around so many different people brought together by weed really inspired me to build something that gives back to the local community.  Community service is really important to me and I felt it was lacking in the industry.

What is the Colored Cannabis Collective main mission?

The Colored Cannabis Collective focuses on community service, representation of POC in cannabis, and changing the stigma of cannabis for all who use it.

Tell us about past community service events the collective has held?

Thoughts on cannabis ownership by minorities and other inequalities existing in the industry?

NOT ENOUGH!  There honestly isn’t enough time to talk about why there is such large inequality in the industry, the ridiculous license cost being the first place to start.  The War on Drugs ravaged minority communities and it’s just not fair that they’re being left out of the joys of legalization on a large level.  I can count the black owned i502 companies on my hands with room to spare.  I’m very excited to see how CCC can help counter act that with an equity program to give POC owners some extra help in the industry.

Any future plans on the horizon that you can share?

We are planning a fundraiser in November to raise money for us to become full on 501(c)3 and promote our mission at MJBizCon.  We also will have more cleanups coming up and our Christmas bags project in December!

Keep up with the Colored Cannabis Collective on Facebook @coloredcollective.