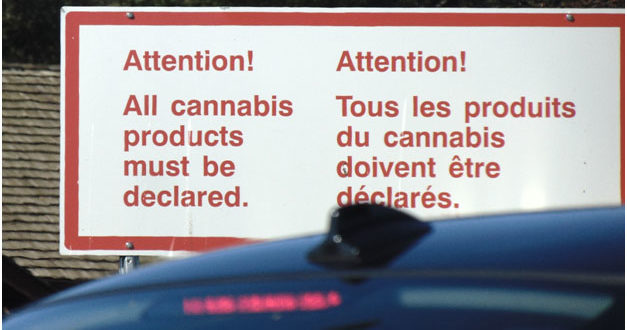 Jumping the Border to Vancouver

Visions of freedom in the land of Canada were quickly shattered when this budding cannabis writer was detained for a few hours by Canadian Immigration officers for the crime of having in my car trunk: a travel bag with cannabis t-shirts, a Dope magazine and a Kush Tourism cannabis store trail map. Why I was searched is still a head-scratcher. When crossing I was wearing zero cannabis gear and passed on waking and baking. Clean as a whistle, besides the shocking items found in my trunk.

After both my car and I were searched, and after incredibly intrusive and extensive questioning by multiple agents, I was finally allowed into Canada to complete my mission.

My goal was to visit the famed Vancouver Cannabis Block. In recent years there has been a reduction in the cannabis activity in the area due to regulation, but remnants of a glorious society still remain. Signs of a new type of rebuilding can also be found in the area.

Our first stop is the Cannabis Culture. This three-level cannabis playground is a rarity in the entire world. The ground floor is a head shop with all sorts of cannabis gear and other greatness.

Up on the top level of the New Amsterdam Cafe visitors can smoke in certain areas at night and enjoy the café. The Lower level is a smoke lounge basement called the Blunt Bros.

The Canadian industry is in a stage of great change. BlazingWashington visited the store Muse, a few miles from downtown for a glimpse at a high-end dispensary.

Product is filtered through the government with branding from big IPO empires like Aurora Cannabis. Edibles are not allowed at this time and concentrate selections are limited.

BlazingWashington will once again jump the border, hopefully with better results in the future. When unobstructed, an easy ten-minute crossing can be achieved at the correct times and the prize on the other side of the border is well worth the effort. 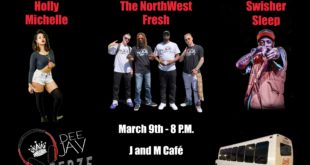