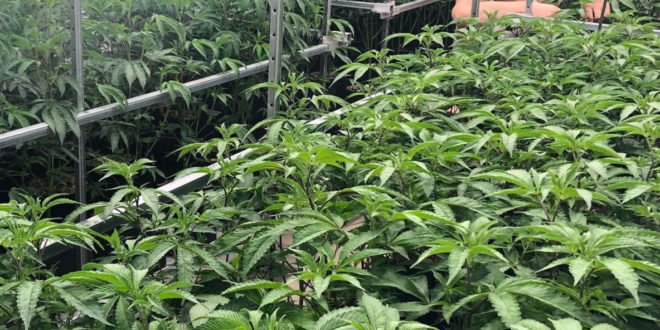 Oz Gardenz co-founder Jonathan was a filmmaker for almost thirty years with a history of farming going back to the early 80’s. Wanting to get into the cannabis industry on the legal side, Jonathan teamed up with his wife Amy and two sons.

What was created was the Bellingham indoor grow Oz Gardenz.

The farm only produces premium flower that can be found in two grams, eighths, quarters, half ounce and full ounces.

Along with amazing bud, what makes Oz Gardenz an interesting story is the utilization of the entire family in the operation. Jonathan is the lead grower, while sons Andersen and Parson learn the tools of the growing trade with hands on experience working alongside their father. Amy is the sales and field side of the operation.

Amy and Jonathan’s goals are to create an epic brand and solid farm that can be passed onto their sons in a decade’s time. This leaves plenty of time for Andersen and Parson to blossom into top notch growers and businessmen.

All work is done by hand including feeding, watering and trimming the plants. The farm uses natural farming practices, including the use of beneficial insects, adding nematodes to soil, and C02 controlled rooms.

Tier 1 farms struggle to survive due to space limitations and more than triple the space would help bring price points lower and create a much larger inventory.

Originally launched September 25th, 2018, the farm has come a long way in a short period of time. Having a family support system in place takes a big amount of pressure off. Finding diamonds in the rough to round out the team was necessary to make the leap from concept to store shelves.

The family has a love for sharing and would like to one day open a tasting room along with educational tours. To the family the industry is not just a paycheck but a mission to “spread the love”. This motto can be found on jars of Oz Gardenz.

Jonathan & Amy spent almost thirty years in the cutthroat commercial film industry. They have found the cannabis industry to include some of the nicest people they have met. The Bellingham business park the farm is located has a total of six farms. A support system has developed which helps with emotional support and small issues that arise.

Oldest son Andersen has received a crash course in the challenges of creating and operating a farm.

“The experience of getting the operation off the ground has been one that was never expected. Immense obstacles appeared, but in the end, our family has been brought much closer”.

Andersen also worked in the music industry and has found working in cannabis to be much more fulfilling. He feels getting to see the positive work being accomplished is much more clear.

Younger brother Parson sees the family venture as a culmination of his youth. Both Parson and Andersen were raised on film sets and dinners being doubled as business meetings were common. Parson has a similar attitude about sharing, educating, and teaching as his parents.

“I’m a big believer in synergy and helping others. If having secrets keeps you above others, you are not good at what you do”.

The future of Oz Gardenz looks interesting as multiple generations come together with the common goal of bringing the best product to Washington consumers and to create a legacy that includes an entire family.

BlazingWashington was able to pick up a jar of Truck Driver and can attest this is beyond high quality flower. In the future, this strain will be one of the first reviews by our incoming strain review writer.

Stock up on Oz Gardenz bud at stores throughout Western Washington, including Seattle’s Bakeree, all Have A Heart locations, Greenside Recreational, A Greener Today and at 2020 Solutions in the Bellingham area. 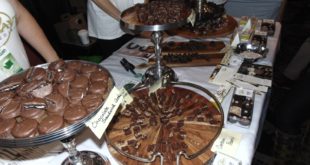